Frederich Spiess, along with his wife, Ecaterina, their young two sons, Wilhelmus (my grandfather) and Joseph, and Freiderich’s brother Emil, started their journey from Romania to Cathay, North Dakota, where, according to the ship manifest, they were going to join Frederich and Emil’s brother William who came to America in 1900.

We can only imagine why Fred and Kate made the decision to move their family from Romania to America, but in reading the history of Romania, I’m sure times were difficult at best. Fred’s brother, William is shown as immigrating the year before, so can we assume because William was single, they sent him ahead to determine if it was a feasible move.

The journey to America must have been quite trying with two small boys. From Dobrudscha, they must have taken a train to Antwerpen Belguim, where they embarked on the ship, The SS Southwark on April 27, 1901. They arrived in New York on May 8, 1901 and then took another train 1,600 miles to Cathay. I often envision them getting off that train and I wonder what they thought. Who was there to meet them? Where did they live?

Fred’s uncle, Philipp Putz was one of the first German pioneers to leave Romania for Canada. His immigration path is well documented in two sources, Between Imperial Hinterlands: Canada’s Bukovina German Immigrants 1885-1914, by Richard Carruthers-Zurowski, and also in Growing with Pride, The Harvey, ND Area History. Philipp emigrated to Edenwold, Saskatchewan in 1885. In 1896, the Putzes had had enough of the early falls freezing out their crops, so they made the move south to Casselman, North Dakota, now Martin; Philipp is listed as one of the first residents of this town. Philipp wrote many letters to his relatives still in Romania urging them to come to America, as there was still a lot of land to be homesteaded. Did he write a letter to our Fred? In the Martin homestead records, 160 acres were being sold by the government for as little as $10!

I did not find Fred in any of the first homestead records, but one thing is certain, they did move around a lot. In 1901 they came first to Cathay, North Dakota, where their third child, Lydia was born in 1902. Then in 1903 I find them living in Wiprud, North Dakota where Fred was a farmer. Wiprud is also where Walter was born in 1903, and Conrad was born in 1906. It appears they moved to Martin sometime between 1907 and 1915, when the state census shows them in living there. The 1920 census shows Fred, Kate, Conrad and Erna living at 670 Canada Street in St. Paul, Minnesota.

Fred’s mother Anna (Putz) came to North Dakota from Sulina, Romania in 1910 with her daughter Lydia, Lydia’s husband Joseph Neubauer, and their 8 children. Two of Joseph’s children, Karl and Christ were already in Martin. This ship manifest lists Anna as a widow, so I can only assume that her husband, Conrad, died in Sulina. I have not found any records about his life, but I am still looking! 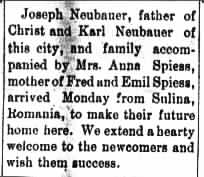 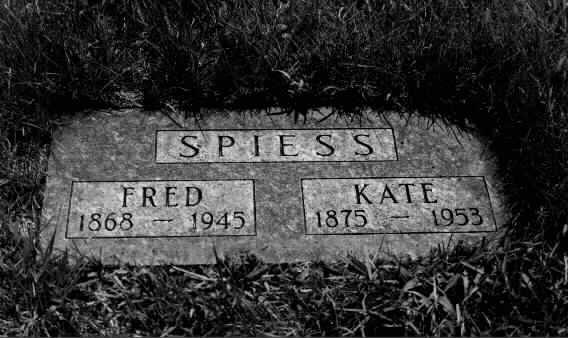 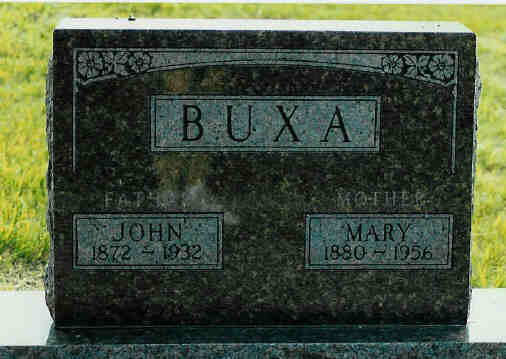 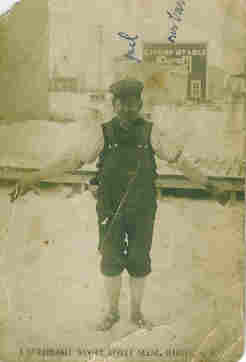 Apoleon Trollenberg, Kate and Mary's father in Martin, North Dakota. His death certificate shows the spelling of his name as Apoion, his application for naturalization shows Apallon, and his 2nd nautralization papers show Apoleon!

This photo is a post card with the caption on the bottom reading "A Remarkable Winter Street Scene". The post card was actually addressed to Mr. Gust Keller, Appleton, MN from his niece Freida Flamme. Gust Keller would also be Mayme Flamme Spiess' uncle, as Freida was Mayme's sister.

It says "Hello Uncle, What do you think of N Dakota. Better come and you won't need no shoes. You can go barefoot like the shoemaker". The visible writing on the top says "jail" and "our barn". Edward Flamme, Freida's father, owned the livery.

I have sources for most of these names, so if you need more information, feel free to email me!