Mayme Emma Hannah Flamme was born in Martin, North Dakota on July 29, 1905 to Edward Frank Flamme and Mary Keller Flamme. Grandpa Flamme immigrated to America sometime in 1892 and eventually settled in Hegbert Township, Swift County, Minnesota. Mary Keller’s father, Ludvig (Louis) Keller, immigrated to America in 1892, and apparently settled in Green Bay, Wisconsin, where Mari was born in 1868. The Keller’s eventually moved to Swift County as well, and this is where Edward and Mari were married in 1889. About 1900, Grandpa Flamme sold his farm and moved to Martin. Edward and Mary are both buried here. 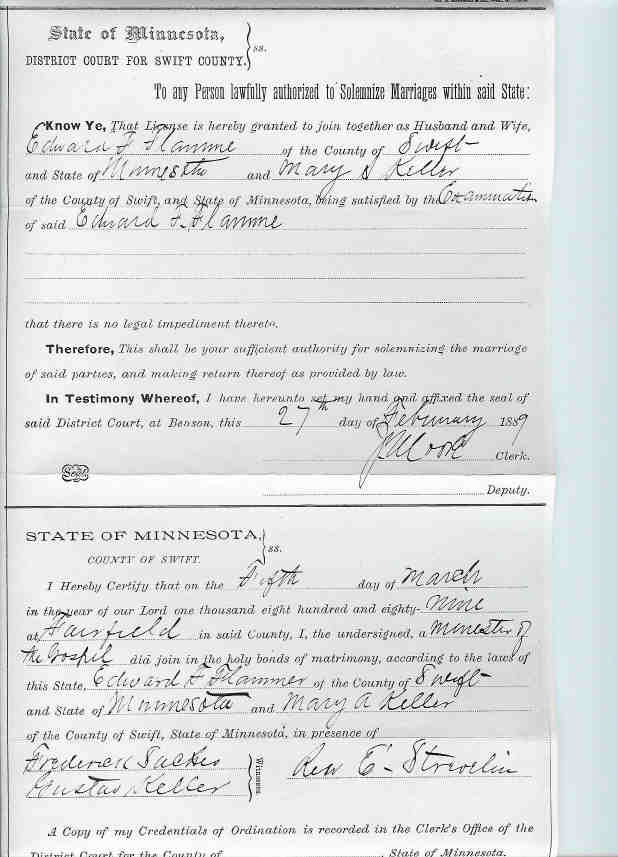 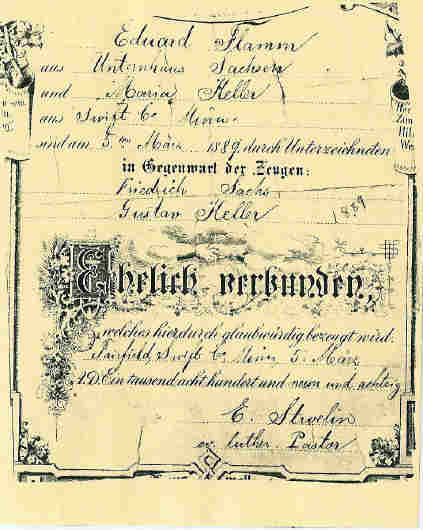